Myles Powell returns to Knicks on a two-way contract 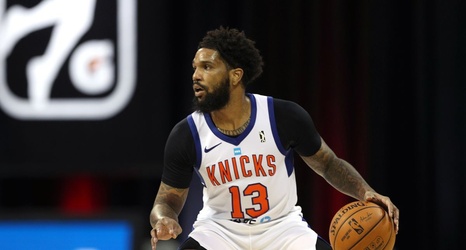 On Friday, the Knicks announced that they had converted Jared Harper’s two-way contract into a 10-day contract to make a spot for Powell.

The undrafted Powell took Harper’s previous spot as one of the Knicks’ two-way players.

Powell was recently dropped by the Milwaukee Bucks, who signed him to a two-way deal after his solid G League campaign with the Westchester Knicks.