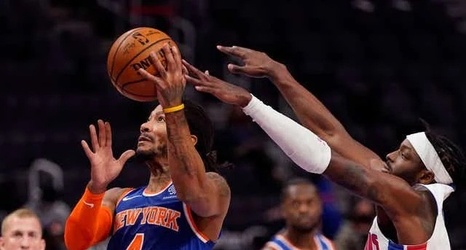 There was no redemption game for Dennis Smith Jr. Only a painful reminder of what he’s missing after he got traded.

The New York Knicks shackled Smith and his new team, Detroit Pistons, 109-90, Sunday night at Little Caesar’s Arena, to move up to solo fourth in the Eastern Conference.

The Knicks are starting to look like a playoff team.