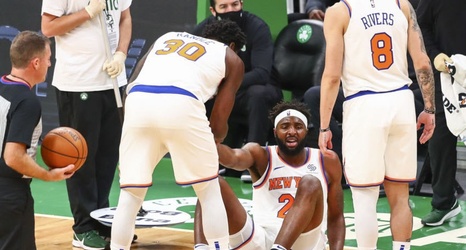 How often has NY Knicks big man Mitchell Robinson been injured throughout his career?

Robinson, through just three seasons, has a history of a few injuries that have kept him out for a significant amount of time. Robinson has appeared in just over 70% of possible games since his career started in 2018.

Despite that, he has proven to be an incredibly exciting young talent, particularly on the defensive end of the court. The rim protecting specialist has averaged over two blocks per game throughout his career and has posted significantly positive defensive box plus/minus statistics in every season, even when on poor defensive teams.