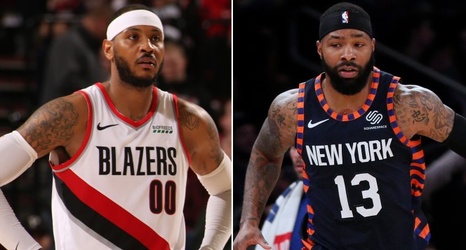 PORTLAND — Marcus Morris, who tried to emulate Carmelo Anthony coming out of college, says it was outrageous the former Knicks All-Star sat out 12 months without a single team offering him a contract.

Portland put Anthony back to work in mid-November and he’s excelled in 10 games entering Tuesday’s clash against the Knicks at Moda Center.

“That’s not disrespecting nobody, but there’s guys in this league that can’t really tie Melo’s shoes – now,” Morris said after the Knicks conducted their morning shootaround at Moda Center Tuesday. “For sure, he should have been in the league.