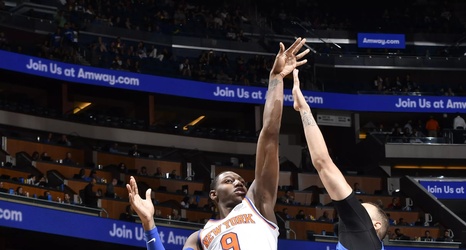 The Knicks have played three road games against teams who made the playoffs last year. In each, they’ve fallen way behind. In each, they’ve taken the lead at some point in the fourth. In each, they’ve ended up losing. Tonight twas Orlando topping New York 95-83 in a game that was at times straight outta 1997 — lots of defense and running the game through the bigs.