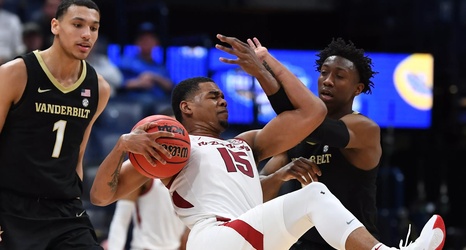 Two years ago the Knicks signed undrafted rookie Allonzo Trier to a two-way contract. Trier ranked fifth on the team in points and sixth in minutes that season, an unqualified success for most rookies, much less one who went undrafted. Last year Trier’s minutes fell by more than 10 per game. Despite this, he remained a decent three-point shooter and significantly upped his efficiency on two-pointers, improving on shots 10-16 feet out from 36% to 67% and between 16 feet and the arc from 37% to 62%. Then, for whatever reason(s) you choose to accept, the Knicks, who cannot shoot or score, waived him.