Knicks will finally speak up after bizarre silence 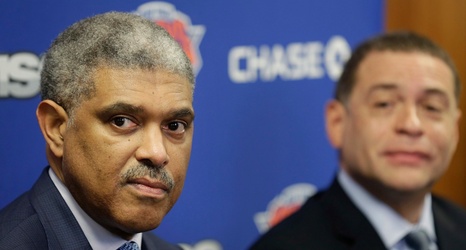 The silence has been deafening and it finally will be broken Monday.

Players are being made available ahead of Tuesday’s first practice as a woebegone franchise integrates seven new free agents and two key draft picks, RJ Barrett and Ignas Brazdeikis, into a season most experts view as another difficult one.

Other than making signee Julius Randle available for four minutes during halftime of their summer league opener in early July, the Knicks have not staged press conferences for any of their new signees.