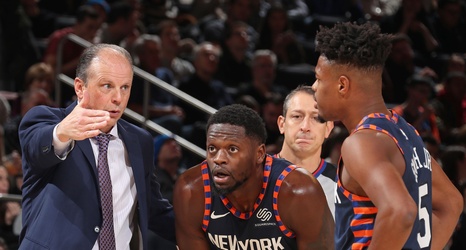 With 72 more hours and a long plane ride to digest the weekend’s events, the New York Knicks finally have another game to play. On Tuesday, Dec. 10, they will head to the Moda Center to face the Portland Trail Blazers.

Only four days since the Knicks fired coach David Fizdale, the fallout has continued with Mike Malone’s promotion and the talk of president Steve Mills’ job status. Having a 4-19 record doesn’t help, either, and this game against an underachieving Blazers team could make New York the second 20-loss team of 2019-20.

Carmelo Anthony joined Portland in November after not garnering NBA interest for a full year.