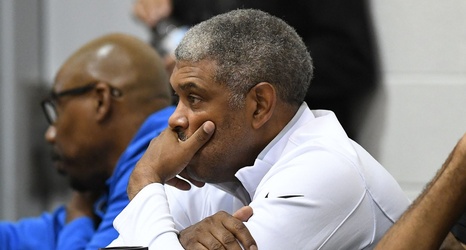 CHICAGO — In breaking his silence, Knicks president Steve Mills declined to speculate about moving the third pick in the draft for Pelicans superstar Anthony Davis and said Knicks fans should be happy — and not sad — about Tuesday’s lottery results.

“We’re excited about where we are,’’ Mills said at Friday’s Chicago Draft Combine after being silent since the ping-pong balls rolled. “We know we’ll get a good player at 3. So it’s something we’re excited about and look forward to.’’

The Davis Sweepstakes appears to be on hold until Pelicans brass can decide whether its star big man is in or out.