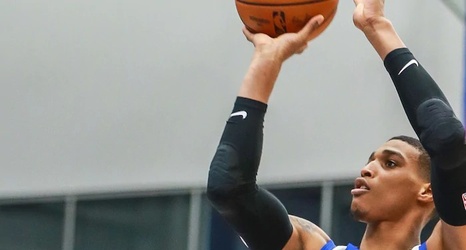 NEW YORK, NY (January 14, 2020) - The New York Knicks announced today that the team has signed forward Kenny Wooten to a two-way contract. Terms of the deal were not disclosed.

Wooten, 6-8, 235 pounds, has appeared in 24 games (16 starts) for the Westchester Knicks this season, averaging 7.7 points on 66% shooting, 5.9 rebounds, 1.2 assists over 24.0 minutes. Wooten ranks second in the NBA G League in blocks at 3.43 per game. Wooten has eight games this season with at least five or more blocks. He is the first player in franchise history with eight games of at least five blocks in a single season.

See full article at Official Site of the Knicks