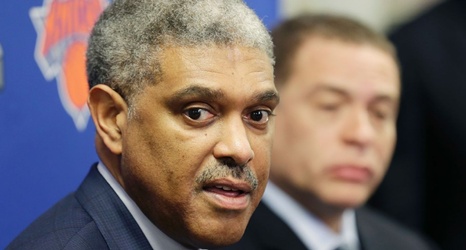 After a 21-point blowout loss at home to the Cleveland Cavaliers on Sunday, New York Knicks president Steve Mills and general manager Scott Perry addressed the media to express their displeasure with the team's struggles.

Sunday's loss dropped the Knicks to 2-8 on the season and was their third loss of at least 20 points in the last four games, the second at Madison Square Garden in that span.