Knicks: Kristaps Porzingis Pacing Himself on Road to Stardom 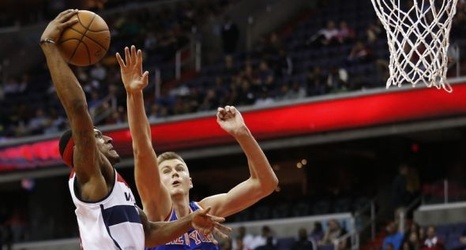 The New York Knicks are entering one of the most important seasons in franchise history. There’s no time to waste in building around 31-year-old Carmelo Anthony, and the supporting cast is being constructed before our very eyes.

With a growing impatience for the arrival of a second star, the pressure is mounting daily for rookie Kristaps Porzingis.

Porzingis was selected at No. 4 overall in the 2015 NBA Draft. The hope is that Phil Jackson has found the New York reincarnation of Kobe Bryant and Pau Gasol—winners of two championships in tandem—with Anthony and Porzingis.

Whether or not that comes to fruition, New York and Porzingis are maintaining a patient mentality: one step at a time.