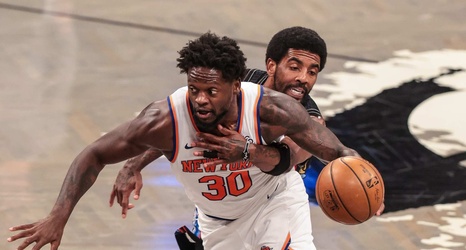 The New York Knicks are coming off an impressive victory of the Dallas Mavericks on Friday evening and are gearing up to take on the New Orleans Pelicans for the second time in three games on Sunday afternoon. Thankfully, the Knicks are on a roll, thanks to their esteemed leader Julius Randle.

Against Dallas, Randle posted 44 points and 10 rebounds, showcasing why he’s one of the best players in the NBA, a situation that has developed rather sporadically. Nobody expected Randle to be as consistent and dominant as he’s been this season, but a change in physical training and a shift in mindset has given him all the tools to be virtually unguardable.