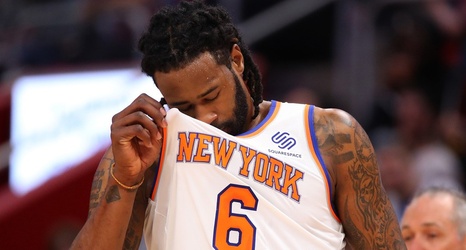 NEW YORK (CBSNewYork/AP) — De’Aaron Fox had 30 points and eight assists, carrying the Sacramento Kings down the stretch to a 102-94 victory over the New York Knicks on Saturday in the opener of a four-game trip.

Fox scored 12 points in the final six minutes after the Knicks had erased a 12-point lead to take a two-point lead.

Buddy Hield added 19 points for the Kings, who need a strong performance during their trip to the East after entering play four games behind San Antonio for the eighth and final playoff spot in the Western Conference.