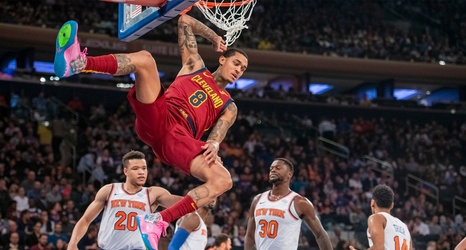 So much for momentum.

Riding high after stunning Kristaps Porzingis and the Mavericks, the Knicks fell flat on their faces Sunday night.

The mediocre opponent offered a prime chance to build off Friday’s win, but instead it all came crumbling back down in a 108-87 loss to the Cavaliers at the Garden.

The Knicks (2-8) trailed by as many as 30 points in front of an increasingly restless crowd. Collin Sexton did whatever he pleased for much of the night, carving up the Knicks for 31 points — 29 through the first three quarters.