Knicks come up short after falling behind 30-10 against Raptors 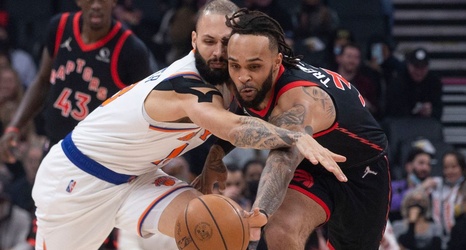 When the Knicks last spoke Wednesday, their answers provided little enlightenment on their struggles — one-sided losses to shorthanded teams in two of the last three games and a record that had fallen below .500, leaving them out of the 10-team playoff picture.

Tom Thibodeau took to the microphone again before Friday night’s game against the Toronto Raptors. While he had little to add to his thoughts, he followed Raptors coach Nick Nurse to the interview room, and Nurse had similar problems and a similar lack of answers.