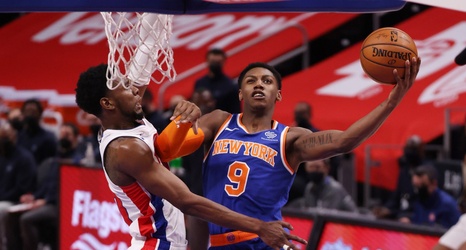 DETROIT (CBSNewYork/AP) — Julius Randle scored 17 of his 25 points in the second half and the New York Knicks moved above .500 with a 109-90 victory over the Detroit Pistons on Sunday night.

The Knicks (18-17) have the fourth-best record in the Eastern Conference and have won seven of their last nine games. They had an easy time with the last-place Pistons, taking an 11-point lead into halftime and extending that to 24 in the second half.

This is the first time the Knicks have been above .