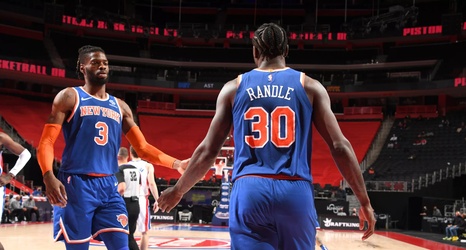 Tom Thibodeau’s Knicks don’t care about how the franchise has been viewed for the last two decades. Instead, they focus on the task at hand, which last night was the Pistons. Despite being on the second night of a back to back, New York handled Detroit, 109-90, led by another monster effort from All-Star Julius Randle. Things are going well.

The Knicks are now 18-17 on the season, good for fourth place in the Eastern Conference. What’s that? Roughly halfway through the season and the Knicks are over .500 and fourth in the East? Ahead of the Miami Heat, Boston Celtics and Toronto Raptors?