Julius Randle, Knicks shake off fatigue to rout Pistons in Detroit, go above .500 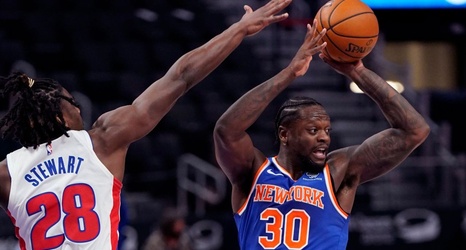 Arriving in the early hours of Sunday morning after a hard-fought win the night before, the Knicks took the court at Little Caesars Arena Sunday night and looked every bit the tired team they had to be, playing in a nearly-empty arena against an also-ran opponent.

And then in the third quarter, the wake-up call came and the Knicks suddenly looked like the sort of team that maybe doesn’t look out of place climbing through the Eastern Conference standings.