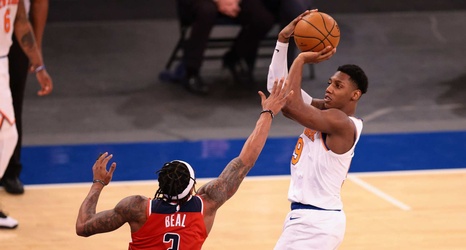 New York Knicks‘ second-year wing RJ Barrett’s chip on his shoulder is getting bigger by the day.

But each time Barrett is getting snubbed and mocked, he rises.

Barrett has blossomed to become the New York Knicks’ No.2 option behind All-Star Julius Randle from a questionable third overall selection after his uneven rookie season.

“My game speaks for itself,” Barrett said Friday ahead of his matchup with last year’s Rookie of the Year Ja Morant.