Isola: Carmelo has staying power with Knicks, unlike Phil 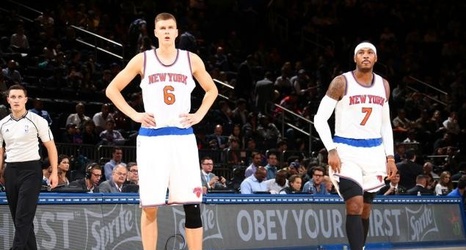 MILWAUKEE — Carmelo Anthony has a surgically repaired knee, a no-trade clause and one of the best offensive games this side of Kevin Durant.

Think of it as the ugly, the bad and the good of the Knicks’ franchise player, who last appeared in an NBA regular-season game eight months ago.

Whether Anthony’s massive contract is an albatross-in-waiting or a sound investment will be determined sooner than you think. There’s a reason why Robin Lopez, Arron Afflalo and Derrick Williams are called role players. They tend to function better when playing with a star.