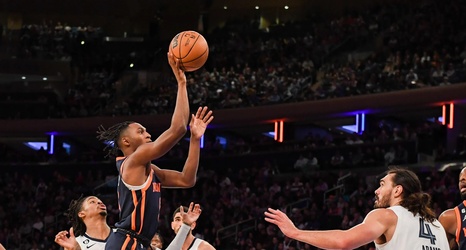 The New York Knicks have had their share of bumps and bruises in recent games, and Sunday’s loss to the Memphis Grizzlies was no different. This time it was guard Immanuel Quickley who left the game with an injury. IQ appeared to injure his knee early in his third-quarter stint, and never returned.

On Monday, the Knicks announced that Quickley is questionable to play in Tuesday’s clash with the Detroit Pistons.

Personally, I’m of two minds as to whether or not Quickley should sit out the Detroit game.