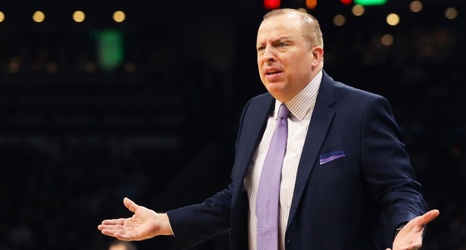 BOSTON, MASSACHUSETTS - JANUARY 02: Tom Thibodeau of the Minnesota Timberwolves complains about a call during the first quarter against the Boston Celtics at TD Garden on January 02, 2019 in Boston, Massachusetts. NOTE TO USER: User expressly acknowledges and agrees that, by downloading and or using this photograph, User is consenting to the terms and conditions of the Getty Images License Agreement. (Photo by Maddie Meyer/Getty Images)

You can imagine many New York Knicks fans adjusted their Christmas Day routines without their favorite basketball team to watch by putting on the latest Disney and Pixar film Soul, which was released on the Disney Plus streaming service for the holiday.