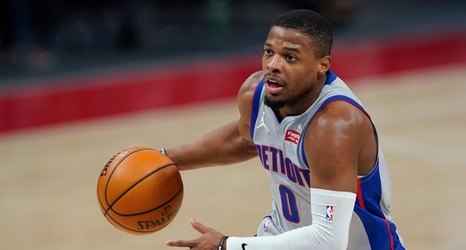 Detroit Pistons guard Dennis Smith Jr. drives to the basket during the second half of an NBA basketball game against the Sacramento Kings, Friday, Feb. 26, 2021, in Detroit. Credit: AP/Carlos Osorio

In New York, Dennis Smith Jr. could not crack the rotation, a situation that had become pressing enough that he opted to head down to the G League bubble to find his way. But before he could take the court for Westchester, his path was shifted to Detroit, joining the Pistons in a trade that brought Derrick Rose to New York.

While Rose has helped stabilize the Knicks, providing another offensive creator to help the team through the double and triple teaming tactics employed against Julius Randle, Smith suddenly has found an opportunity.