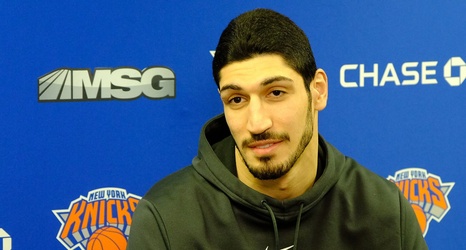 Enes Kanter’s father, Dr. Mehmet Kanter, has been sentenced to 15 years in prison by the Turkish government, who issued an arrest warrant for him. The charges are unclear.

He is likely to be brought into custody this morning, according to Bleacher Report. The Knicks center, who has been an outspoken critic of Recep Tyrrip Erdogan’s totalitarian government, views this as the government punishing him.

“No matter what happens, I will continue to keep fighting for human rights and freedom of speech, justice and democracy above all,” Kanter told Bleacher Report in a statement. “I will stand for what I believe in.