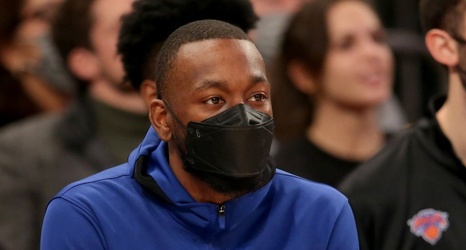 One thing that the Knicks' one-sided losses in the last week have made clear — Kemba Walker is not getting on the floor anytime soon.

With 3:55 remaining in Wednesday night's loss to Indiana, Tom Thibodeau inserted his three rookies — Miles McBride, Quentin Grimes and Jericho Sims — as well as little-used Kevin Knox. But Immanuel Quickley stayed in the game to the end and Walker remained on the bench.

Walker has not played at all since Thibodeau made the move to remove him from the starting lineup seven games ago. Thibodeau said last week that he considers Walker a starter — even if he isn’t starting for the Knicks.