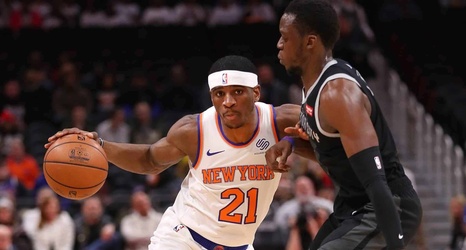 Much like the rest of the NBA, Damyean Dotson is sitting tight while the league is on hiatus. The New York Knicks guard is back in Houston while everything blows over.

During an appearance on the “A Minute Til 6” podcast, Dotson talked about his reaction to the NBA’s shutdown and the situation unfolding in New York. On the bright side, he also talked about an upcoming “NBA 2K20” tournament in which he’ll represent the Knicks.

“I’m the Knicks’ go-to guy,” Dotson said when it comes to playing 2K. “Ain’t no challengers. Everybody knows that I’m the go-to guy so if we had to play someone in 2K they’re definitely coming to pick me.