Carmelo Anthony 'wanted that challenge' of playing in New York 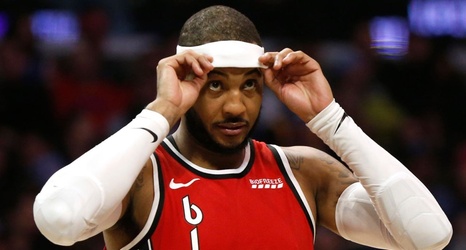 PORTLAND, Oregon — Carmelo Anthony is well-acquainted with the chaos that often surrounds the Knicks, having spent years in the center of that storm. And now, nearly 3,000 miles from Madison Square Garden, he is watching it from a distance, disappointed to see the direction of the franchise and aware, he believes, of why no other stars have followed his path to New York.

It was nearly nine years ago that Anthony pushed for a trade to the Knicks and then three years later he signed a new contract with the hopes of spending his career there, openly and willingly serving as a recruiter for others to join him.