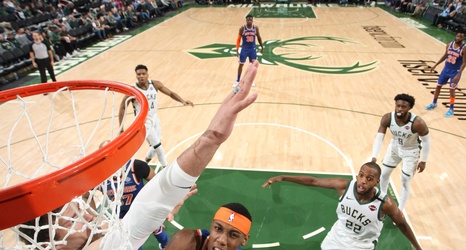 All 12 Knicks that dressed tonight played. You can basically forget about 10-and-a-half of them.

Sounds awful, right? It was! But there was at least one-and-a-half bright spots.

The half was Julius Randle, who started off absolutely on fire and kept the Knicks in the game early, spurring that mini comeback in the first quarter.