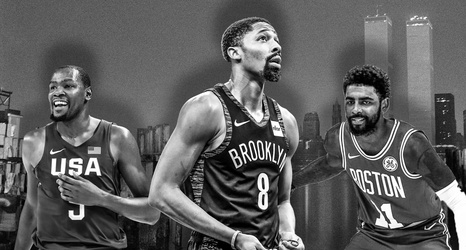 There hasn’t been much of a rivalry between the New York Knicks and Brooklyn Nets in recent years. However, Spencer Dinwiddie is stoking the flames and incurring the wrath of Knicks fans on Twitter.

It started with Dinwiddie changing his profile picture to a photo of him dunking in Madison Square Garden.

The Nets have bragging rights as of now. The Knicks were the worst team in the NBA and the Nets overachieved their way into the playoffs.

But the power dynamic between New York’s basketball teams could shift dramatically this summer.