Are there enough minutes for David Fizdale to keep his veterans and rising youngsters happy? 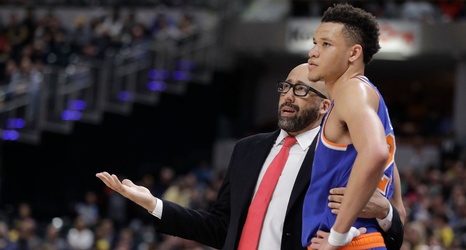 The Knicks spun quickly to a Plan B in free agency this summer, realizing that their long-held dreams of signing the biggest names in the market were left wanting. So without even a meeting from Kyrie Irving, Kevin Durant or Kawhi Leonard, they turned to stocking the roster with a second-tier assortment of solid veterans.

On paper, like most of the plans that have been put in place as the franchise has compiled the worst record in the NBA during the last 20 years, it was an understandable and not totally disappointing turn.