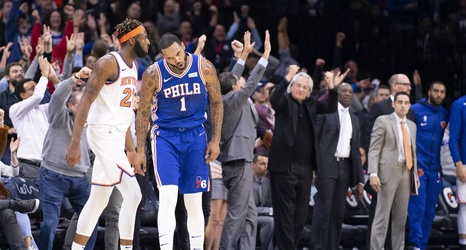 For whatever reason, I spent most of yesterday thinking the Knicks were hosting the Spurs. Somehow I totally forgot they were traveling to Philadelphia. One 109-104 loss later, I’m not sure if I envy the me who had no idea what kind of game was coming, or the me who didn’t. I wanted last night’s win. Badly. The Knicks went up 17 in the third. A flavor that suggested the taste of victory would sour and end up a whole lotta late-and-close acid reflux for the soul.