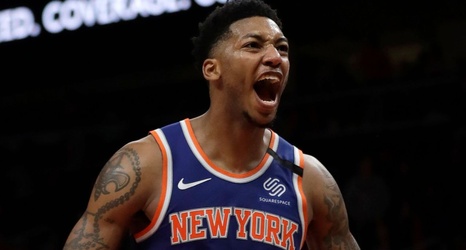 Knicks guard Elfrid Payton reacts after a basket during the second half of against the Atlanta Hawks on Wednesday, March 11, 2020, in Atlanta. Credit: AP/John Bazemore

The NBA season is still ongoing, in theory at least, with hopes in the league offices that at some point the season will pick up and move forward. But for now, it is halted for at least a month and possibly much longer than that. At some point, the contracts for this season will come to an end and the Knicks will be faced with important decisions.

Leon Rose, still only weeks officially into his role as team president, has inherited a roster that has compiled a 21-45 record and shown little hint of the patient youth movement that his predecessors promised.