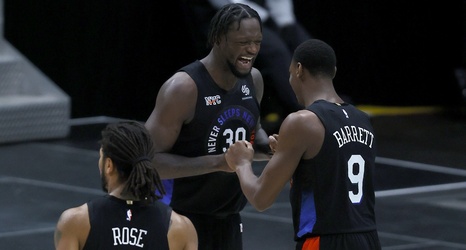 NBA draft season has arrived, and the NY Knicks will soon be on the clock.

Like last year, the Knicks will have two first-round picks this July. They have their own pick, which will likely be post-lottery, and the Mavericks selection thanks to the 2019 Porzingis trade. In this mock, the blue and orange will be picking 18th and 21st — just outside the lottery but still within range of some high-quality prospects.

The largest team needs for the Knicks are probably the two most important positions in the NBA — starting PG and wing.