Phil Jackson Not Ruling Out Trading Porzingis, Receiving "Frenzy Of Interest" From Other Teams 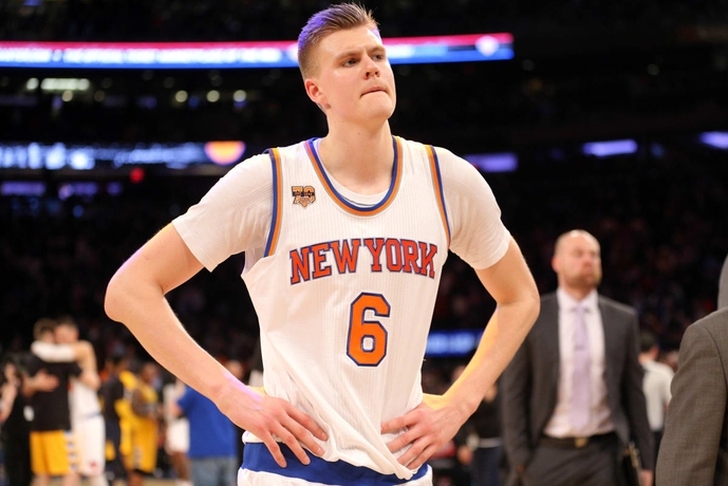 Kristaps Porzingis expressed displeasure with the New York Knicks several times throughout the end of the season and early this offseason, even skipping his exit meeting with the team.

That move resulted in several teams calling Knicks president Phil Jackson about the availability of Porzingis, and he told them that Porzingis was not on the market. However, that is not the case anymore.

According to Adrian Wojnarowski of The Vertical, Jackson and the Knicks are considering trading Porzingis and have received a "frenzy of interest" from other teams.

It's still unlikely that the Knicks actually pull the trigger on such a deal, as they consider Porzingis to be a cornerstone of their future, but are open to anything if they receive an offer that blows them away.

If they do receive an offer they like for Porzingis, Jackson views Arizona big man Lauri Markkanen as a possible replacement.

To that possibility, Jackson had a dinner meeting with Arizona forward Lauri Markkanen on Monday night in New York, league sources told The Vertical. Jackson considers Markkanen, a 7-foot jump-shooting forward, a replacement for Porzingis and is considering selecting him with the team’s No. 8 overall pick in Thursday’s NBA draft.