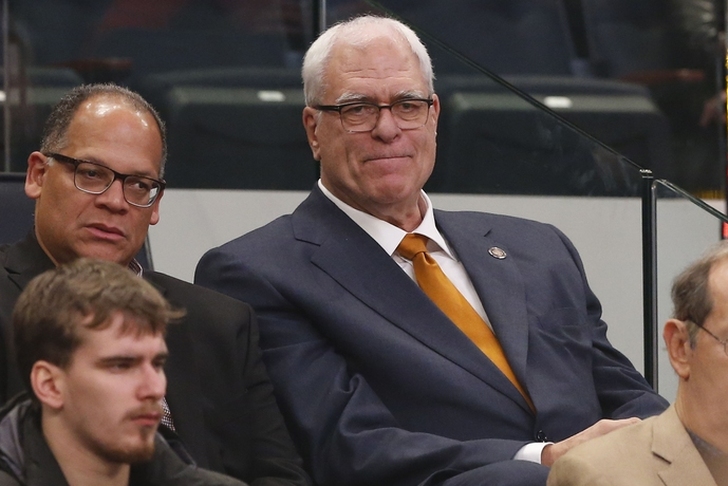 The New York Knicks will announce later today that they have agreed to part ways with team president Phil Jackson, according to ESPN's Ramona Shelburne.

Conversations about what was best for the team's future between Jackson and Knicks owner James Dolan accelerated this week when the franchise decided it would not buy out embattled forward Carmelo Anthony, sources said.

With no end to the stalemate in sight, and free agency beginning on Saturday, Jackson's discussions with Dolan accelerated late Tuesday night and the decision was made to part ways.

Some close to Dolan had been pushing him to consider firing Jackson for much of the season, sources told ESPN's Ian Begley.

Jackson had two years left on the five-year deal he signed with the franchise in 2014, but continued friction between him, the players and the coaching staff ultimately led Dolan to forcing Jackson out.

Dolan said during last season that he planned to honor the full five-year contract he gave Jackson, but the combination of several factors made him change is mind. Along with the ongoing Carmelo Anthony drama, head coach Jeff Hornacek and the rest of the coaching staff had grown tired and irritated of Jackson's insistence they run the triangle offense.

However, according to Shelburne, it was Jackson's decision to start fielding offers for star big man Kristaps Porzingis that put frustrations over the top and sealed his fate.

According to Adrian Wojnarowski of The Vertical, the Knicks are targeting Raptors general manager Masai Ujiri to replace Jackson.