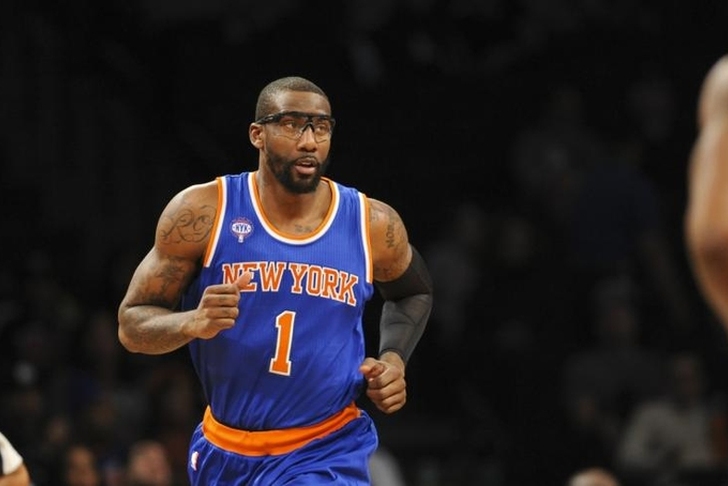 NBA free agency is here, and the New York Knicks have already made moves. The Knicks locked up Joakim Noah and Courtney Lee, completing their starting five. Now, the Knicks will focus on their bench. The rumor mill is buzzing with meetings and potential signs, and we're here to get you caught up on what's happened so far. Here are all the latest Knicks rumors and news you need to know.

Knicks Won't Land Wade
There were reports the Knicks were in contract talks with Dwyane Wade, but the signing of Courtney Lee ends all hope of that. Even before Lee, the New York Post reports it was highly unlikely.

"Reports the Knicks could afford Wade, who is seeking more than $20 million to start, were pure fantasy before the Lee signing," writes Marc Berman of the NY Post.  "An NBA source familiar with the Knicks situation said the notion they had a shot at Wade is 'so ridiculous.'"

With the limited cap space the Knicks have left, they'll look for bench help.

Knicks Working To Bring Back Own Players?
The Knicks have a few of their own free agents that they are hoping to bring back, reports the NY Post.

"The Knicks are still trying to re-sign backups Lance Thomas, Derrick Williams, restricted free agent Langston Galloway and Kevin Seraphin by not using cap space," Berman reports. "That’s why they have put cap holds on those players, so they can sign them once they hit the cap. However, the Knicks may be best off renouncing Williams’ rights because they may not be able to afford his new pact anyway as they don’t have his early Bird rights."

Whether the Knicks let Williams go remains to be seen. The team badly needs bench help and hope those players can fill the roles.

Amar'e Stoudemire Wants To Return?
Stoudemire played for the Knicks alongside Carmelo Anthony in the past, and he's open to a return.

Amare on signing with the Knicks this summer: "If they want to bring me back, that would be a nice opportunity." https://t.co/nO67LGhcTs

Stoudemire played sparingly for the Heat last season, and he'd need to take a bench role for the Knicks. Best case, he's a quality backup to Noah. Worst case, he continues to battle injuries.

Follow our New York Knicks team page for all the latest Knicks Rumors or download the Chat Sports App!