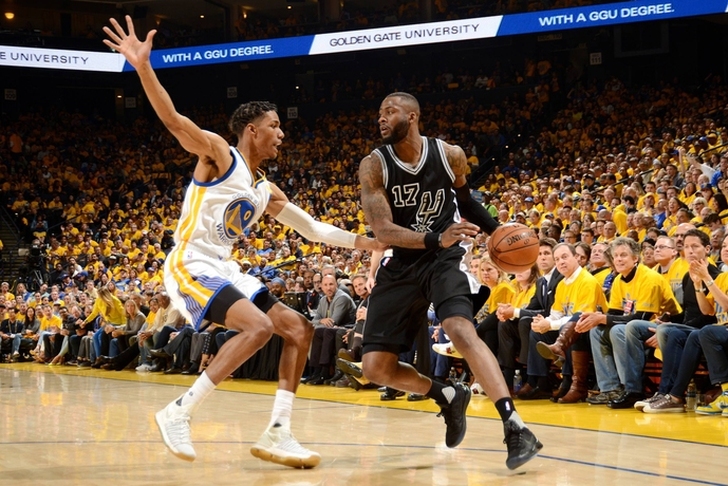 The offseason is here for the New York Knicks and they're ready to overhaul their roster after the 2016-17 season did not go as planned. After adding Derrick Rose and Joakim Noah (neither move worked out), the Knicks are planning to add more players in the Courtney Lee mold, according to ESPN.

ESPN's Ian Begley reports there are three forwards in particular who pique the Knicks' interest: P.J. Tucker, Jonathon Simmons and Dante Cunningham. The Knicks are set to have up to $19 million in cap space to spend this offseason.

Tucker was dealt from the Suns to the Raptors before the trade deadline and he was the Raptors' go-to defender down the stretch. He shot 40 percent from 3-point range in Toronto, giving him the coveted 3-and-D label. Plus, Knicks head coach Jeff Hornacek coached Tucker in Phoenix.

Cunningham fits a similar mold to Tucker and might be cheaper. He shot 39 percent from 3-point range for the New Orleans Pelicans last year.

The biggest name of the group is likely Simmons. He made himself quite a bit of money this offseason by playing well in the NBA playoffs. He's also the youngest of the group at just 27-years-old. But, Simmons is a restricted free agent so the San Antonio Spurs can match any offer.

Check out our New York Knicks team page for all the latest Knicks Rumors or download the Chat Sports App!