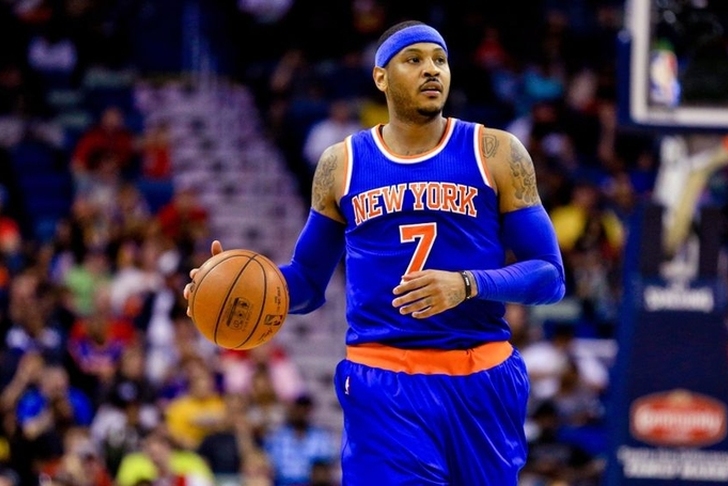 Despite the firing of team president Phil Jackson early Wednesday morning, the New York Knicks are still looking to trade Carmelo Anthony instead of reaching a buyout agreement.

There hasn't been much interest in Anthony on the trade market, but the Houston Rockets have emerged as a serious suitor, according to ESPN's Tim MacMahon.

Source on Rockets: "They think they are getting Carmelo or Paul George."

Houston is trying to acquire a third star to play alongside Chris Paul and James Harden following their trade for Paul.

The Rockets have openly made Ryan Anderson available for a trade, and could include either Eric Gordon, Trevor Ariza or Clint Capela in a deal. They also have all of their first-round picks from 2019 on.