Knicks Rumors: Carmelo Anthony Does Not Want To Return To New York Next Season 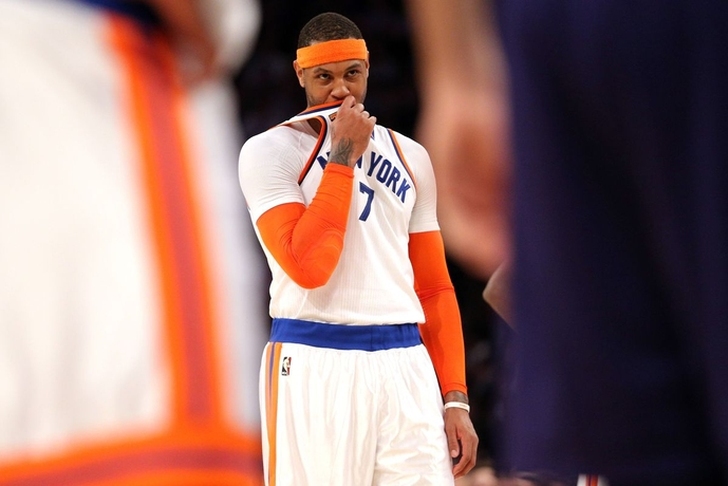 The New York Knicks have paused negotiating a Carmelo Anthony trade with the Houston Rockets after talks stalled due to the salary cap complications involved in such a deal.

New York is now talking to Anthony about staying with the franchise for the upcoming season, which is an idea he is not on board with. According to Frank Isola of the New York Daily News, Anthony had been told by the Knicks that he was going to end up in Houston and does not want to play for New York.

According to an executive of one the four teams involved in the proposed trade, all sides, including Anthony, are frustrated over reports that Knicks president Steve Mills is having second thoughts. In fact, ESPN reported that the Knicks want the chance to talk to Anthony about possibly remaining in New York, which at this stage in the process seems highly unlikely.

“That’s crazy,” a source told the News. “From what I understand Carmelo is under the belief that he’s going to the Rockets. That’s what the Knicks have been telling us; that they’re trading him. I can’t imagine that after all he went though last season with Phil (Jackson) he’s happy with this.”

Anthony had gone to former team president Phil Jackson before the draft to request a buyout, but Jackson denied the request. Of course, Jackson is no longer with the franchise, but the Knicks have held firm that they don't want to buy Anthony out of his contract.

Follow our New York Knicks team page for all the latest Knicks rumors!