Kevin Seraphin Says The Knicks Can Make The Playoffs This Year 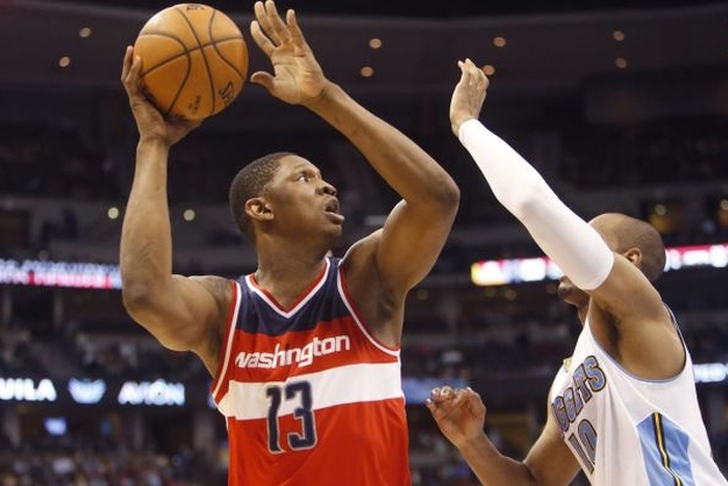 Few people batted an eye when former Wizards big man Kevin Seraphin signed with the New York Knicks this offseason, but he's expected to be an important part of the Knicks' rotation this season.

According to the New York Post, that was something he was looking for and didn't get in Washington:

“It’s just like I’ve been there for five years, I know how it goes,’’ Seraphin said, via the Post. “I didn’t want to be in the same situation as last year where I don’t play all the time and I never know. Sometimes I feel I do everything right and I don’t get to play all the time. At one point, I was like I needed somewhere I can play. I thought with the Knicks I had a good feeling with the coach and GM, good vibes and good feelings. I was like: ‘I’m excited to be here.’

“They like my ability to score in the post. In the triangle, you need that. The way I play though, we need guys that compete every night. I’m not a big club guy, I’m a pretty easy to endure. I’m cool and chill. That’s what we need. If I do everything I ‘m supposed to do, I’m going to get my chance. That was the deal. They told me there’s room for me.

"The team is better than people think. Now the goal is to go to the playoffs. That’s what we play for. If we put everything together, we have enough equipment to get to the playoffs.’’

Follow our New York Knicks team page for all the latest Knicks news and rumors!