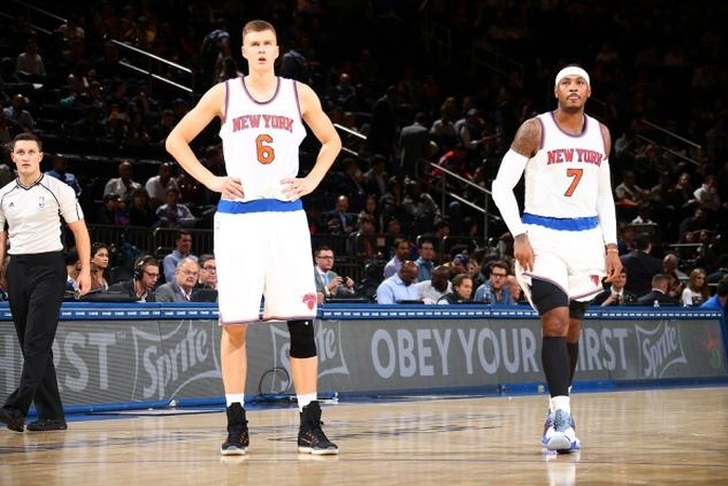 New York Knicks rookie Kristaps Porzingis has been one of the biggest surprises of the season, emerging as one of New York's best players despite only being a few games into his career. His 29-point, 11-rebound performance against the Charlotte Hornets on Tuesday night was his best of the season, and drew praise from All-Star teammate Carmelo Anthony.

“I knew he was ready,” Anthony said. “I knew what to expect coming in. … I’m pretty sure this will be the first of many that you all see. I’m proud of him.”

Head coach Derek Fisher also praised Porzingis' effort, saying the rookie is simply scratching the surface of how good he can be.

“Whether or not he’ll be able to do this nightly, we don’t know at this point," Fisher said. "But because of the combination of skills and abilities, at some point, it’s going to all come together."

Porzingis did his best to keep things in perspective after the game:

"That was just one game," he said. "The most important thing is with my help, my good game, we managed to win the game. Everybody was saying, ‘project,’ ‘a few years,' I will get better in a few years, but I knew I was able to play right now."

Porzingis is averaging 12.8 points and 8.6 rebounds per game so far this season.