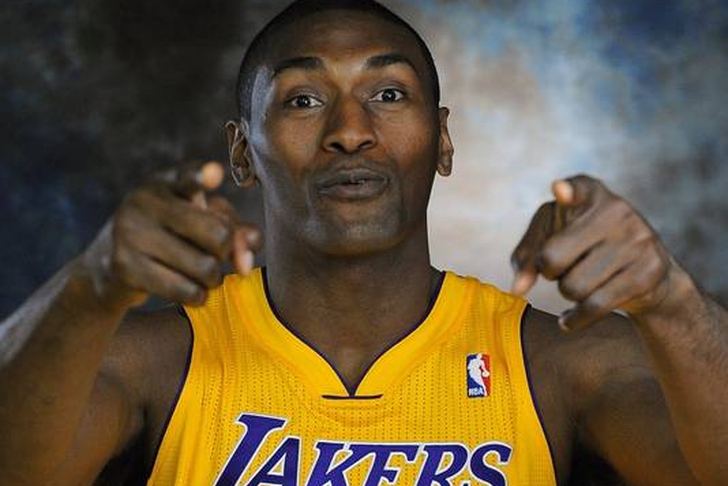 Follow Chat Sports
Metta World Peace is now a free agent, after the Lakers chose to amnesty him Monday night. Teams will now have the opportunity to bid on World Peace at a reduced rate, with the full value of whatever salary they end up paying him (probably around $5 million) counting against the cap.

According to Jared Zwerling of ESPNNewYork, World Peace "hopes to land with the Knicks," this according to one of World Peace's friends. The friend also said that "World Peace" might retire if claimed by a team with a lot of cap space (aka small-market team), who will have first dibs at him.

Knicks would "love" to add @MettaWorldPeace using veteran's minimum if he is amnestied by the Lakers, as expected, a source told Y! Sports.