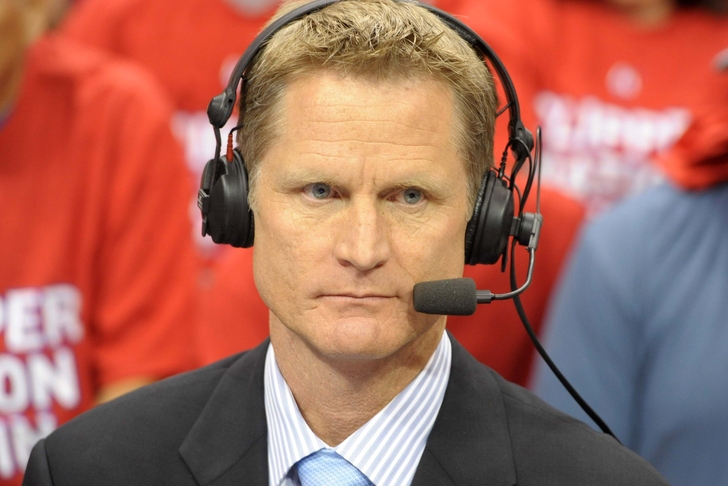 In today's edition of Knicks rumors, former Chicago Bulls sharpshooter Steve Kerr may be getting closer to becoming the New York Knicks' next head coach -- rejoining forces with the coach who helped maximize his talents as a player during the heyday of the Michael Jordan-era Bulls.

According to Marc Berman of the New York Post, "Knicks coaching candidate Steve Kerr arrived in New York on Friday in advance of TNT’s Raptors-Nets telecast of Game 4 Sunday at Barclays Center. However, Kerr may just take a trip to the Garden first. Kerr is expected to meet with Knicks president Phil Jackson before he leaves town and could conceivably have seen the Zen Master Friday regarding the team’s vacant coaching job."

In a press conference on Wednesday, Jackson stated that he and Kerr have “philosophically, a strong connection.’’

Steve Kerr is also rumored to be in line for the Golden State Warrior's coaching job -- provided current head coach Mark Jackson is fired after the Warriors' season is over.

Your Knicks rumors whenever and wherever you want them. Download our new Chat Sports iPhone app and follow our Knicks team page today.