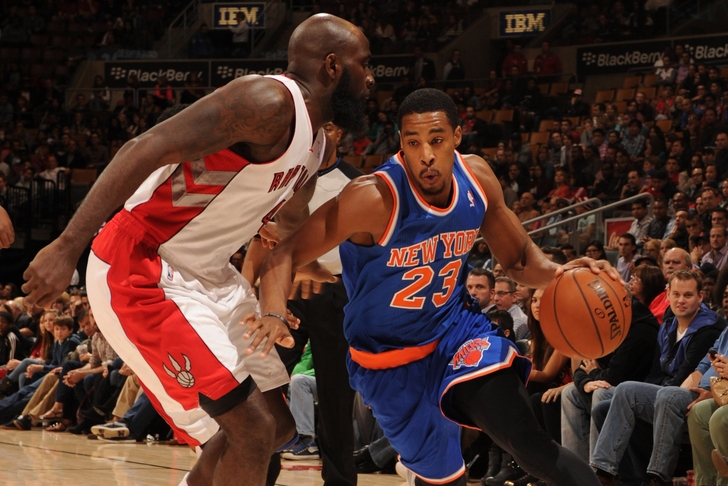 While the Knicks news cycle has been focused heavily on the team's vacant head coaching position, the team's roster is may be in for an overhaul based on free agency and the trade market.

One of the New York Knicks' own free agents who is garnering significant interest around the league is point guard Toure' Murry. Per Matt Moore of CBS Sports, ESPN New York is reporting that several teams may be in the mix for Murry's services this offseason:

Combo guard Toure' Murry, coming off his rookie season, is said to be on the radar of a handful of teams -- Chicago and Golden State among them -- that are hoping the shift in power in New York from the Knicks' previous administration to Phil Jackson leads to Murry becoming an unrestricted free agent.

ESPNNewYork.com reported last week that the Brooklyn Nets also have interest in Murry.

Knicks fan? Here are some other team pages you'll love: