Where Are They Now? The Jets' Last 10 First-Round Draft Picks 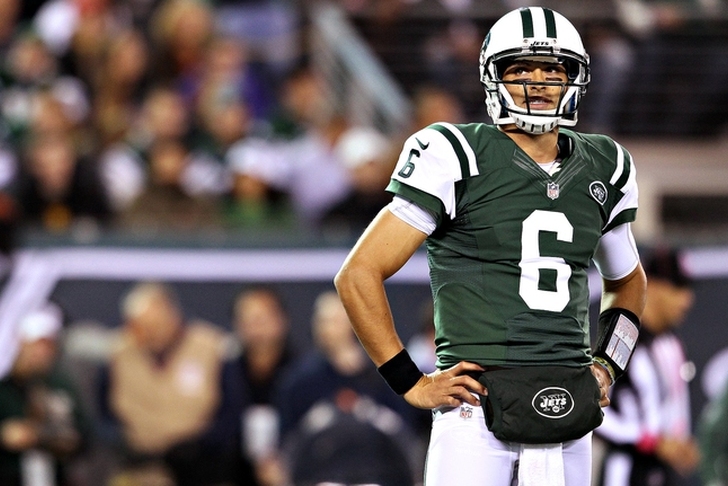 The New York Jets have had a checked draft history over the past several years, alternating fantastic first-round picks with some notable duds. Let's take a look at the last ten first-round selections by the team, harkening back to 2008.

2014: S Calvin Pryor (#18 overall, Louisville)
Pryor struggled mightily when thrust into a starting role in 2014, but bounced back huge with great production and fantastic route awareness at the back end of the D. He looks like a longtime starter going forward.

2013: CB Dee Milliner (#9 overall, Alabama) & DT Sheldon Richardson (#13, Missouri)
Milliner has been active for only eight games the past two season due to injuries. The 47 snaps he did take in 2015 were on special teams, so it appears the train may of passed on him in New York.

Richardson is currently in hot water after pleading guilty to reduced charges connected to a high-speed police chase in St. Louis. He is facing a lengthy suspension by the league and there's even whispering that he could be cut. More Jets draft analysis inside the Chat Sports Android and iPhone apps!

2012: DE Quinton Coples (#16 overall, North Carolina)
Coples never fit in the 3-4 defenses of Rex Ryan and Todd Bowles, leading to him being cut in November of this past season. He was picked up by the Miami Dolphins shortly after, but they cut him this offseason to avoid paying him $7.8 million in 2016 on what would have been his fifth-year option.

2011: DL Muhammad Wilkerson (#30 overall, Temple)
Wilkerson has been the heartbeat of the Jets' defensive line, but he's likely to test free agency and get big money this spring -- either from the Jets or another team.

2010: CB Kyle Wilson (#29 overall, Boise State)
Wilson never lived up to his billing in New York, ultimately ended up parting ways with the team last offseason. He played 15 games for the Saints this season, starting four.

2009: QB Mark Sanchez (#5, USC)
A four-year starter for the Jets, Sanchez went 33-29 as a starter in New York. He did lead the Jets to two AFC Championship Game appearances, but his turnover woes and a shoulder injury that costed him the 2013 season ultimately led to him being released in March of 2014. He signed with the Eagles shortly after, and is entering his third season with the team.

2008: DE Vernon Gholston (#6 overall, Ohio State) & TE Dustin Keller (#30 overall, Ohio State)
Gholston is widely regarded as one of the worst busts in NFL history. Hailed as the next great franchise outside pass rusher, Gholston recorded 42 combined tackles with no sacks. He has not played a regular season game since 2011.

Keller led the Jets in receptions in 2010 and 2011, and didn't miss a game over his first four seasons with the team. However, he was slowed by a pulled groin and ankle sprain in 2012, catching just 28 balls for 317 yards and two touchdowns. Keller signed with the Dolphins in 2013, but suffered a career-ending knee injury in a 2013 preseason game against the Houston Texans -- tearing his ACL, MCL and PCL.