WATCH: Every Jets TD From New York's 37-31 Win Over The Bills 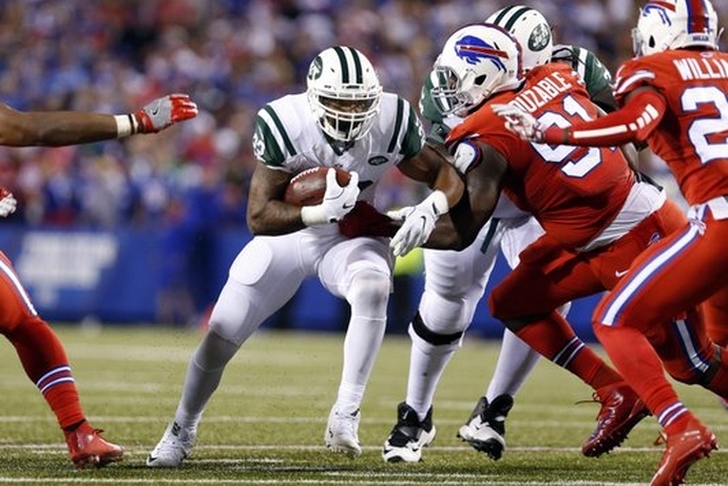 The New York Jets beat the Buffalo Bills 37-31 in a high-scoring thriller on Thursday night. The Jets entered halftime with a lead, before the Bills took one of their own early in the third quarter. But the late third and fourth quarter belonged to the Jets, who took a 37-24 lead in the fourth and held on for the win.

Check out every Jets TD from their Week 2 win below.

Down 7-6, the Jets took a lead early in the second quarter to take a 13-7 lead. It was Matt Forte who delivered the first of several TDs.

The Jets made it 20-7 when QB Ryan Fitzpatrick found WR Eric Decker for the score.

After the Bills took a 24-20 lead early in the third, the Jets took the lead back on Matt Forte's second TD run.

The Bills added a late score, but after their onside kick attempt failed, the Jets were able to run out the clock. All videos are from the Every Jets Touchdown Facebook page.