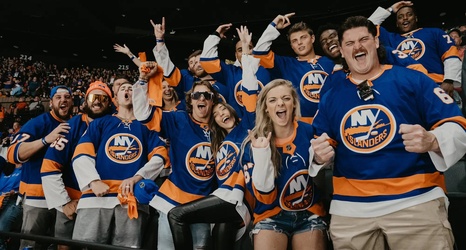 Just a couple of weeks after Dan Feeney won the hearts of New York Jets fans with his beer-chugging heroics at a New York Islanders playoff game, Feeney and some of his Jets teammates are back at it for some more playoff hockey. Feeney, Zach Wilson, and others were seen at the Nassau Coliseum for Game 4 of the Islanders’ second-round playoff series against the Boston Bruins.

THE SQUAD IS BACK AT THE COLI

Alijah Vera-Tucker, Braxton Berrios, Michael Carter, James Morgan, Greg Van Roten, and Cameron Clark are among some of the other Jets in attendance.