What Jets are getting in 1st-round pick Quinnen Williams 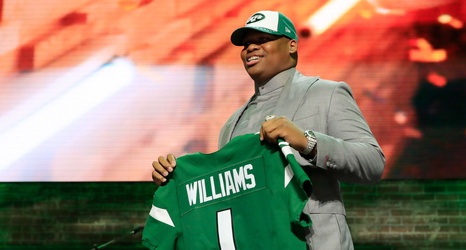 It’s rare to get the best overall prospect in the draft anywhere but the No. 1 overall pick, but the Jets did just that when they landed Williams this year.

A disruptive force for the Crimson Tide, Williams went from little-known backup to the most dominant defender in all of college football in a matter of one season. His rare combination of size, athleticism, power and explosiveness allowed him to make the jump to the NFL with two years of college eligibility still remaining.

While detractors will say he’s just a one-year wonder, Williams’ lack of experience is actually a big reason why he was drafted so high back in April.