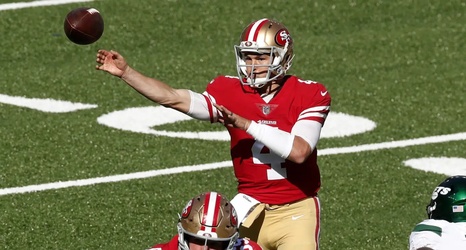 Even those who have done their utmost to social distance from New York football are likely aware that the green squad has a quarterback quandary on their hands.

We are, of course, referring to the relative panic surrounding the departure of Joe Flacco to the Philadelphia Eagles.

Flacco’s lasting impression in green will likely come in the form of people being shocked that the Super Bowl MVP wore a uniform other than Baltimore’s purple, joining a brotherhood that includes Michael Vick, Derrick Mason, and LaDainian Tomlinson. But the Jets, who haven’t had a passer start every game of a season since 2015 (Ryan Fitzpatrick) need to have a strong name behind either Sam Darnold (who has missed games in each of his three NFL seasons to date) or a youngster plucked from the rookie bunch.